Life on the move: an interview with our Head of Retail

At just 26 years old, Josh has already achieved a lot. As Swoon’s Head of Retail, he’s so busy that moments to chat in the office kitchen are scarce.

So we decide to ask for a sneaky home tour – it’s our chance to discover how a Yorkshire lad manages his life on the move in London. We interview him in a Georgian townhouse he shares with friends on a smart street in Angel, London.

This house is beautiful. What’s your happiest memory in this home?

It has to be our Midsummer Marinades party! Everyone had to bring something they’d marinaded. We had amazing quality things – ceviche tostadas, BBQ wings, yakitori from a guy who’d just come back from Japan, some Dr. Pepper-soaked steaks. Everyone made a huge effort – that’s why it was so good. It captured everyone’s competitive nature.

And I believe you’re from Harrogate in Yorkshire. What was your first home like?

We had a nice garden, where I played hide and seek with my brother and sister. School was never more than a five-minute walk away, so friends came round all the time. It was a Victorian semi-detached house – quite traditional. The kitchen had an Aga – very cosy.

That sounds so wholesome! If you could relive one moment from the past over and over again, what would it be?

Some family friends have an estate in Cornwall, and we went there every summer. We’d stay in the huge main house with them, with four-poster beds. So cool. It’s on the peninsula – a great location. We have family in Exeter so we’d see them on the way down. My parents drove so much. It was a nightmare for them – one would drive and the other would manage the three kids in the back.

It sounds like a handful, but if his parents are anything like Josh, I’m certain they’ll have been pretty decent multi-taskers.

What’s the most sentimental thing you own?

I’m really sentimental about Tintin. I love it. I have Tintin books upstairs and I still read them if I can’t sleep. We had them all as kids – my dad loves Tintin too. If you love Tintin, you’ll always love Tintin. To de-stress it’s either exercise or Tintin.

Two good choices! Which wins on the relaxation front?

Well I tend to exercise mostly. I love to cycle or run, or just do circuit classes at the gym like the rest of the world! I exercise four or five times a week. I did a half-marathon in Halifax in July. It was intense – loads of hills! It was hectic at work so it was great to go for a run and switch off. You come back home and your mind is reset.

You really live a life on the move! What’s the best adventure you’ve ever had?

After uni, I went to South America for three months with a friend. We went to Torres del Paine National Park in Argentina and did five days’ hiking. We also did a six-day horseback crossing of the Andes, into Chile and back. We were the only people who didn’t speak Spanish. My horse was slow and his was the fastest, so we spent the whole time at opposite ends of the group, unable to communicate with anyone else!

We start to talk more about travel. As well as the active holidays he goes on, Josh also visits his girlfriend in Berlin and used to live and work in Chicago and NYC. I expect the answer to my next question to allude to travel, but he surprises me:

I’m pretty obsessed with music. I use it to help me concentrate. My taste is eclectic – my favourite music is Bob Dylan, Van Morrison, that stuff, but I also really like rap and hip hop. It goes beyond just listening to it – I’m addicted to discovering it. I get bored of just listening – I find something new. I’m that person who wants to discover the next big thing before anyone else!

My first album was either Craig David ‘Born to Do it’ or Queen. I was influenced a lot by what my parents listened to but also by what was going around at the time.

I should’ve guessed that music was his obsession – throughout the course of our home visit, Josh has had a playlist running in the background and often subconsciously pauses mid-sentence to drum out a rhythm with his hands.

There’s also a piano upstairs, which he loves to listen to others playing and would like to learn how to play himself. He wants to take up guitar again, but is hesitant after his reluctance to practice as a child sent his teacher into an existential crisis in one of the most awkward moments of his 26 years. When we talk about music, Josh lights up. This is a man obsessed.

Something tells me there’s more to Josh’s pastimes than Tintin, uncomfortable guitar lessons and keeping fit.

What could you not live without, beyond Tintin, running and music?

Skiing. And mushrooms – I love them.

Just like that, we burst out laughing – skiing wasn’t a surprise, given how active his lifestyle is, but mushrooms? It’s a bit unexpected. And bizarre. Then again, he did just cook some for our breakfast.

What kind of mushroom?

Any – this is my favourite cookbook. This sums up how I feel about mushrooms.

Josh pulls out a book entitled ‘Passion for Mushrooms’. We stare.

Taking a photo of Josh cradling his beloved mushroom book is essential – this is a unique and special moment to capture. We hope he gets it printed and frames it. A true fungus fan.

Yorkshire, Oxford, Chicago, New York, London – Josh seems to love the natural movement of life. He’s a born chameleon. I wonder if this nomadic lifestyle (and the adaptability, agility and courage it requires) are innate to his personality – so I ask him the question that nobody likes:

Who are you? In three words or phrases.

Argh! I never know what to say to this! I suppose…competitive. Impatient. Open to new things!

He certainly has a desire for novelty – whether it’s discovering new music, exploring a city he doesn’t know or opening another Swoon concession in nationwide Debenhams stores. It’s also known as ambition.

So who inspired this thirst for knowledge, newness and adventure?, I wonder.

What’s the best piece of advice you’ve ever been given?

My mum said to me from an early age to accept help when it’s offered and to learn from people around you. I always said to teachers “tell me everything you know”. I was sort of greedy about how much of their time and knowledge I could have. When you’re around these people, you should make the most of what they know.

Three people in the world you’d invite to a dinner party.

Winston Churchill, definitely. I love politics, and he’s a real character. I’d invite Elena Ferrante, the Italian author – she writes under a pseudonym so I’d like to get the scoop on her real identity and talk about her books. And the final one’s Paul McCartney – I love music and I want to understand what’s going on with his new music. It sounds like he’s taken advice from Ed Sheeran or something.

Haha! It’s certainly different to his stuff with The Beatles. So… you can only have one type of furniture.

A sofa – you can sleep on it, eat on it. My favourite at the moment is the Seattle corner sofa – one of ours! The Debenhams Watford store has a really nice one. I think it’s in Ashen Grey linen cotton. It’s just so insanely comfortable. You should go to that store, by the way – it’s amazing. The shop has exposed brick and beautiful features. Super nice.

We’ll definitely arrange a visit. And one superpower?

Teleportation. I like travelling only when a journey is good. As I said before, I’m impatient – so I hate having to go through the process of getting to another place. I just want to be there. I go to Berlin to see my girlfriend, I go to all the Debenhams stores outside London – I just want to be there already.

A self-declared impatient man, Josh doesn’t want to waste time – there’s lots to see and do. This hunger to be on the move and experience as much of life as possible is both endearing and incredibly motivating. He’s the kind of guy you need on a lazy Saturday morning or an apathetic Tuesday during a post-carbohydrate lull (must switch to mushrooms).

So off we go, (wishing we were teleporting ourselves) back to the office to get as much done as possible – life is short, and we’ve got more inspiring people, like Josh, to learn from. Time to get cracking.

See these inspiring people for yourselves here. 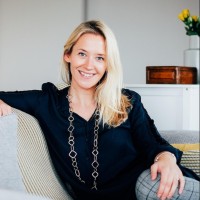